Turbinates are the long, narrow, curled shelves of bone that protrude into the nasal cavity. They perform important functions in the body, humidifying, filtering, and warming the air we breathe and protecting the lungs.

When turbinates become enlarged as a result of sinus inflammation, environmental irritants, allergies, and other factors, it can impair normal breathing and contribute to headaches, snoring, and sleep apnea. This condition is known as turbinate hypertrophy (enlargement).

As with any ailment, Dr. Zadeh at Los Angeles Sinus Institute will first try to treat turbinate hypertrophy with medications and non-surgical procedures. When enlarged turbinates fail to respond to non-invasive medical therapies, Dr. Mani Zadeh can perform his Los Angeles turbinate reduction surgery to correct nasal obstruction by reducing the size of the turbinates while preserving their natural function. 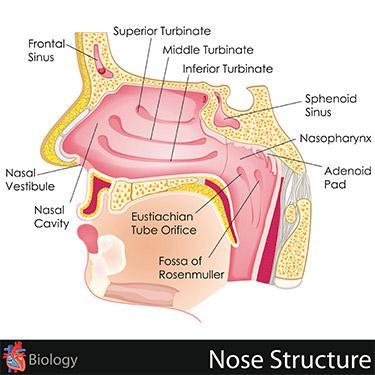 The goal of this surgery is to improve breathing through the nose and reduce nasal drainage and post-nasal drip. As turbinate reduction surgery can reduce headaches, snoring, and sleep apnea, it often improves a patient’s quality of life.

WHAT CAUSES THE ENLARGEMENT OF THE TURBINATES?

Turbinates may become enlarged for a number of reasons, including:

When turbinate hypertrophy is caused by allergies or irritants, it generally responds well to treating the underlying cause. In many cases, the swelling can be reduced and the problem resolved with medical treatment However, chronic, long-term swelling of the turbinates may not respond to medical therapies. In such cases, turbinate reduction surgery may be the most effective and appropriate treatment. 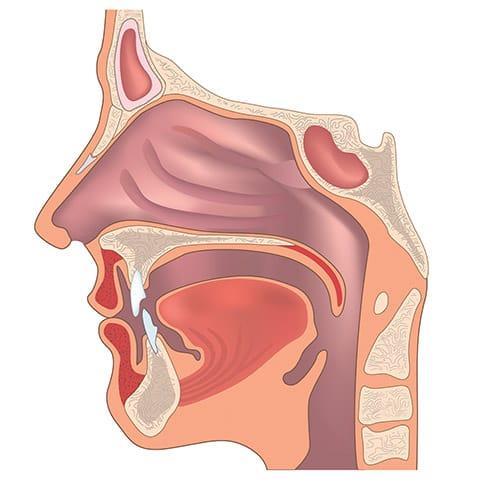 Inferior turbinate hypertrophy is common in patients with a deviated septum. The turbinates tend to be smaller on the side of the septal deviation (the smaller nostril) and larger on the opposite side, as the body is attempting to compensate for the anatomical difference. Breathing may be impaired by the septal obstruction in one nostril and by the enlarged turbinate in the other. Turbinate reduction surgery is often performed in conjunction with nasal septal surgery. 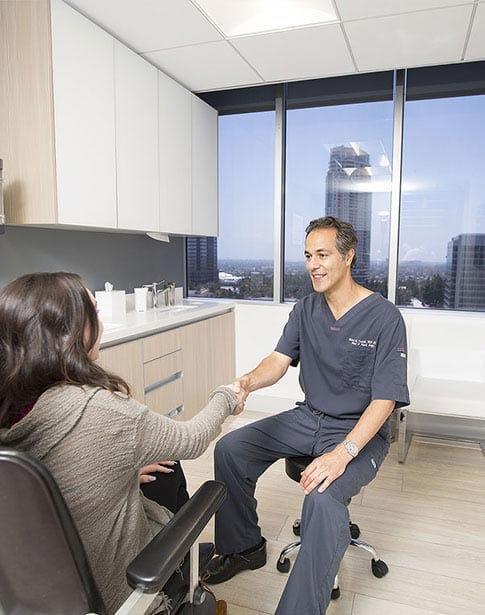 Dr. Zadeh has developed a procedure to reduce the overall size of the turbinate, allowing for greater airflow and relief of nasal obstruction and congestion, while preserving the critical function of the turbinates.

WHAT TO EXPECT AFTER TURBINATE REDUCTION SURGERY?

If your surgery is performed under general anesthesia, you can expect to spend a few hours in the recovery room while the anesthesia wears off. When you are feeling well enough, you will be discharged to go home.

Dr. Zadeh will prescribe antibiotics to help prevent infection and medication to relieve pain, although we encourage you to take Tylenol for milder pain rather than prescription pain killers. Do not take any NSAID medications, such as Motrin, Advil, or Aleve, as these drugs can increase the risk of bleeding.

HOW LONG DOES IT TAKE TO RECOVER FROM TURBINATE REDUCTION?

The surgery can cause temporary swelling of the tissues in the nasal cavity and a feeling of fullness and congestion in your nose and sinuses. Do not blow your nose for 14 days after the surgery to help prevent bleeding. If you need to sneeze, do so with your mouth open. For the first week after surgery, it may be helpful to sleep with your head elevated to reduce congestion.

WHAT IS THE AFTERCARE FOR TURBINATE REDUCTION?

Drink plenty of fluids. Do not smoke or breathe secondhand smoke. Do not travel by plane until you have full medical clearance to do so from Dr. Zadeh.

When you come for your first post-operative office visit, we will prescribe a saltwater solution for flushing your nasal cavity. After you begin the flushes, you may also begin gently blowing your nose as needed.

Enlarged turbinates and nasal congestion can contribute to headaches and sleep disorders such as snoring and obstructive sleep apnea, as the normal breathing route during sleep is impaired. If you have congestion and impaired breathing from enlarged turbinates, schedule an initial consultation with Dr. Zadeh at Los Angeles Sinus Institute.